How to become a Football Coach 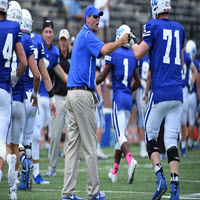 Do you wabt to learn how to become a Football Coach?If you want to end up as the Barcelona manager, the chances are that you’re going to have to do it via a simulator, like the popular Championship Manager/Football Manager franchises. However, almost everybody involved with football, either at a club or international level must start at the bottom and work their way up. You might not end up the England manager, but you could still carve out a pretty respectable career in coaching. How? Take your badges and learn to coach.

In the English Football League (EFL) system, the coaches and managers are taught extensively everything they need to know. There are three main strands of coaching that players can choose to take. The first (the most ambitious) leads directly to a UEFA Pro License, something that everybody with lofty ambitions and aspirations is going to have to do if they want to make it in the top flights across the world. The second permits you to coach in goalkeeping, Futsal or disabled football. The final strand allows you to work with youths, as a youth team coach. Which strand you take is entirely up to you.

The first step, though, is to take the Level One Certificate in Coaching Football course. It offers coaching sessions for you, and teaches you how to run drills, developer technical skills and is ideally suited to coaches who wish to teach young players. 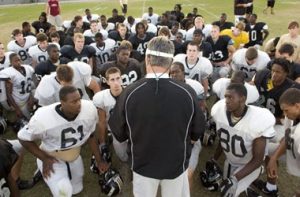 Passing that step takes you to Level Two, where you can learn in-depth coaching styles. These prepare you for emergencies, player’s nutritional requirements and accidents. This “health and fitness” side of the course is required if you want to be a top coach.

Lastly, Level Three sees you learn performance profiling. You will discover how to evaluate players and team performance, how to set goals, analyses matches, asses psychological, mental and physical fitness.

Of course, if you wish to take the top jobs in football, you need a UEFA Pro License. To start off with, you need to go through the UEFA B License program. Only after passing this introductory course can you step up to the UEFA A License, which is required by all the top teams, and is the highest coaching badge you can earn. Here, at least 120 hours of coaching are required, especially with an 11-a-side team, and you’ll learn the finer, more intricate aspects of coaching. Once the UEFA A License program has been completed, coaches will be given an FA Academy Managers license (for use in the English league and youth coaching) and/or the UEFA Pro License, which is a serious qualification that makes clubs sit up and take notice of you.

Most young coaches will still have to pay their dues at smaller clubs first, but once you’ve got a UEFA Pro License under your belt, it is likely that you’ll climb the ladder quicker than most; even if you don’t end up at the Real Madrid, Manchester United or Bayern Munich.