Once you start listing the qualities that make a great sports coach, the question is should the coach care most about giving all young athletes a chance, should they focus on winning, or teaching. The best way to get the general option on these questions a Teen Health program did a survey and got thousands of replies. 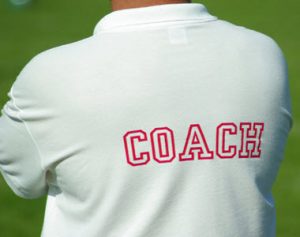 In the Teen Sports Coach survey, focus on winning was the loser as only 9% of participants felt that coaches should focus most on victory. Most others felt that a great coach take care of the morale of their team and losing or winning is secondary. Most agreed that coaches worth the respect of the young athletes put winning in perspective and therefore teach young players that it is one part of the game. It is only natural that participants want to win, but it is the enjoyment of the sport that’s sometimes forgotten. While it is this enjoyment and love of the sport that attracts young players in the first place, it is often the pressure of winning that gets too much and players that have the potential to make it as professionals, simply choose to walk away.

A Good School Coach Is Never Obsessed with Winning

For some, the next fact might be interesting since in the same survey it appeared that winning is slightly more important to male students than to female participants. Male sports participants made up 17% of those feeling that coaches should focus on winning, while only 7% of female students voted that winning was most important. A thirteen-year-old student wrote that a great coach won’t be obsessed about winning, but if he/she motivates the team in the correct way, the team would want to do anything to win each match.

Both male and female students placed learning new skills high on their list of requirements, and 45% voted that that was the most important aspect a coach should focus on. This includes that a coach should identify players strengths and weaknesses, shows players how to improve the strength further and how to work and better the weaker points. Many of the younger sports participants felt that it was important for high school coaches to see each athlete as a person with fears, dreams and hopes rather than just an athlete.

Students aged 13 to 15 all agreed that a coach should be fair and tough. When asked how they handled not making the team, they shared that if the coach told them why and how to improve on their shortcomings, it gave them the opportunity to better themselves. One of the greatest lessons this age group learned from a great volunteer coach is that when you mess up, you need to shake it off as soon as possible so that you can focus on new goals. At the end, it is all about connecting with each player and then to offer support, teach, reward and ensure that sport remains fun.