Selecting A Sports Coach Who Rises Above All

Choosing just one of the greatest sports coaches of all time is a massive task no matter which sport you’re passionate about, and when the New York Times tried to select one, it failed as they halted their search once these names came up. It’s impossible since how do you choose when the names include the NFL star Vince Lombardi, College football super-star Larry Kehres, Scotty Bowman a master in hockey coaching, tennis’s Richard Williams, soccer’s Alex Ferguson, and then still need to add College basketball’s Pat Simmitt. 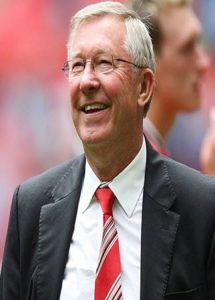 Long before Alex Ferguson became a household name or started filling up the trophy case of Manchester United, he was already doing remarkable things for Scotland’s St. Mirren team as a soccer coach. As he took over the running of the club in 1974, by 1977, he led the team to a title win in the first division only one rung below that of the top league.

Ferguson moved to Aberdeen by 1979, which was a respected club in Scotland but hardly the match for the perennial powers of the Rangers or Celtic. By 1983 he achieved astonishing results by leading Aberdeen to its first European title over Real Madrid as his team claimed the Winners’ Cup the powerhouse of Spain. Just with the list of achievements mentioned up to now, it makes for an illustrious career in sports coaching. Yet for Ferguson, it was never enough, and he went on to do remarkable things for the mighty Manchester United team during his twenty-seven years at the helm. Ferguson retired at age 76 as the manager of Manchester United and during his years pushed the team to win thirty-eight trophies.

It is easy to vote for Ferguson when it comes to the greatest manager and greatest coach in history as he not only qualifies in soccer but also in any other sport on any continent. In 1999 Alex Ferguson was knighted and became Sir Alex Ferguson, it was also the year in which he famously won the Champions League, FA Cup and Premier League.

When it comes to Sir Alex Ferguson’s Manchester United Trophies you start understanding the real impact he had on the powerful team.

Sir Ferguson’s playing career started when he made his debut as a 16-year-old striker with Queen’s Park. According to him, the first match was an absolute nightmare, although he scored a goal in the 2-1 defeat against the Stranraer’s. He went on to score 20 goals in 31 games for his very first team.