Should Men and Women Receive the Same Kind of Coaching? 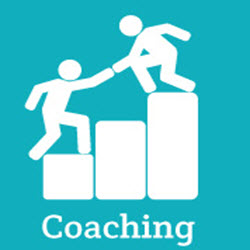 While coaching shouldn’t be a gendered activity, it does go without saying that men and women are a bit different in a few areas. To put it simply, women are not just men in skirts, and while they can complete the same task on the field, the two genders do act differently regarding their mindsets, behavioural choices, preferences, communication styles, and even how they view the world. However, this is something vital that many coaches miss on instead of tailoring their coaching habits to suit the personal needs of each player better, they seem to disregard the gender aspect. This is not to say that women cannot play as impressively on the field compared to men, but the coaching and advice given to the female players should vary from advice given to male players.

If you’re a coach reading this, and you are still a bit confused onto why you should slowly start to practice tailoring your coaching style for male and female players, listed below are a few reasons which could serve as a motivation on your side.

Research from a countless number of studies has shown that at a base level, women and men are different – especially when regarding their professional success, how they view happiness, and rewards. Typically, female players have a different viewpoint on an array of areas that may differ from the male players, such as their work-life balance, ultimate goals, leadership needs, and the impact they want to make in their personal lives and while playing on the field. To put it simply, you may have a solid approach with your male players which can motivate them to perform their best and improve their skills, that same approach may not work as efficiently on female players. This is not a way of saying you should go easy on them in any way – but as a coach, you should consider viewing the players as individuals and relate how you motivate them in a way that is relatable to their lives.

Though as any great coach should know, coaching is not like a pair of pants that has a “one size fits all” sticker. Instead of just focusing on the gender of the players, which can cause some issues. Instead, you view each player as someone who has the same goal in mind of being great and leading the team to success while still being their own people. Plus, one of the best ways to get more comfortable with this idea if to mentor a female only team or become friends with coaches who work mainly with female players. This will give you a broader approach as you would have the extra experience of working with the players and seeing the variety they can come in. Coaching is deeper than having a single plan of coaching. It’s all about operation, motivation, and tailoring your skills for the betterment of each player on the team.