The Legendary Coaches of Baseball

Baseball is a sport that calls for coaches to take on a demanding role of planning the best way to win a game where even secondary factors, such as the windiness, can affect the outcome of the game. While these coaches have made a few mistakes in there lives, they have still made it on the legendary list of baseball coaches for the massive successes that have had while coaching. Their commitment and dedication made the teams successful and well-known as the ones that you don’t want to mess with.

Listed below are the top 5 coaches in Baseball who have left their mark on the game. 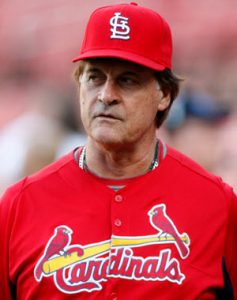 Tony La Russa is the typical success story of a man who excelled as he climbed the ladder in the MLB. Born in 1944, he quickly became a head coach for a team. Although, La Russa also attended Florida State University where he received a law degree which just adds to his personal success outside of being a coach. During his career, he had lead teams to win a combined total of 3 World Series,12 division titles, along with 6 league championships. What is more impressive that in total, over the last 33 seasons where he has been coaching, his teams have won over 2,728 games. He was inducted into the Hall o Fame due to his success while coaching and the impact he had on baseball and the players.

Originally known as George Lee Anderson easily rode to the top during his career of [laying for the MBL. Soon after he begun to manage teams who reached championships. Anderson is known for holding the titles of being the first coach ever to win 2,194 wins for the teams he coached along with winning both World Cup Series. Anderson found himself being inducted into the hall of fame in 2000 due to his success. 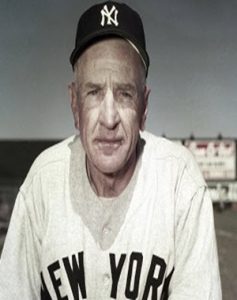 Casey Stengel played as an outfielder before climbing the ladder and becoming a coach for the MBL. He was well-known for coaching a variety of teams, although his most popular series was when he was coaching for New York. He holds his own title of being the only baseball player to ever wear all four team uniforms from the New York based teams. Moreover, he is known for being one of the fir people who has managed to internally renowned Nets and Yankees.

Born in Brooklyn, New York, Torree made his way p to being one of the top players in the MBL who was best known for his impressive record of reaching 2,000 hits. Once he became a coach, he won 2,000 games. Both of these achievements were the first ever to happen which helped Torree gain fame. During his career, he spent 29 years working as a manager and accomplishing goals no one through possible – such as having a .605 winning percentage while working with Yankees, winning 4 World Cup Series titles, along with 6 American League pennants. Eventually, his achievements landed him in the place in the National Baseball hall of fame in 2014.