Many have asked this question. This is one that has crossed the mind of many sports enthusiast but is there any major differences when it comes to men coaching versus women who coach sports. It is a controversial topic one that can unleash hours of constructive disagreement and dialogue, yet it also a topic that needs to be explored.

This is where sportsmen need to take a step back as women tend to be more coachable and more adaptable than males. Many sports coaches agree that female athletes accept new techniques easier and are especially open to anything that boosts performance. When it comes to respect females give their coaches a lot of respect instead of making their coach prove credibility, they are also far more appreciative and express their gratitude more willingly. It is female athletes that strive to impress their coaches and is much easier motivated. 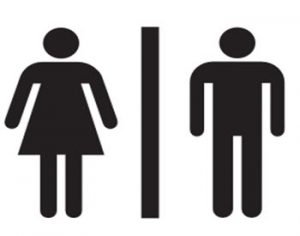 Sportsmen are convinced of their ability, which makes them less coachable. Male athletes feel they know the sport as well as their own power and often dismisses what coaches suggests and at times question the coach’s credibility, so often male coaches need to prove themselves. It is not unheard of that male athlete’s brace against the coach, but to be fair, it also depends on the coaching approach, in case a coercive style is used it is known that male athletes will seek ways to prove the coach wrong, in the same situation female athletes shut down. But then again coercive coaching in many instances can yield desired short-term results.

For any athlete confidence is critical, and both women and male can struggle with it, although it seems woman struggle most with it, and have a tough time even when they become elite athletes. While confidence in male athletes almost comes naturally as men are taught toughness and confidence from an early age.

Male athletes depersonalise criticism in general, which forces coaches to be more specific and once sportsmen realise the criticism is directed at them they tend to fight it. Females always think the criticism is aimed at them, even when it is not, and they are a lot more sensitive to all comments made by the coach. It is probably in criticism where the biggest difference between male/female coaching is visible and even during matches females takes any loud tones or blunt language from the opposition as a personal attack.

In both genders, chemistry is majorly important although it is again even more so for females. Each of the female athletes wants to feel connected to everyone on the team, while male athletes are less concerned about chemistry. This demands that coaches of female athletes are sensitive to the team’s social cohesion, while male coaches need to focus on task cohesion and making sure everyone is committed to the same goal, embraces their roles and are on the same page.