Moving on from Coaching High School Athletic to College Athletics 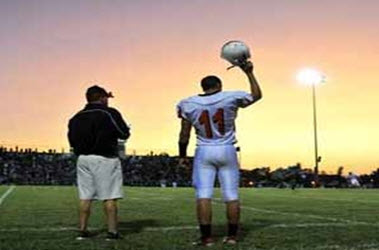 While you may enjoy coaching your high school team – it is natural for some coaches to crave more. The “more” being moving up the coaching ladder and eventually reaching the level where they can coach college athletics as well. However, the dream could become a reality seeing how many college coaches started off as high school coaches early on in their careers, a few examples being Gus Malzahn of Auburn University and Chad Morris of SMU. Though the process of breaking into the college football scene can be a challenge, intimidating, and downright hard at times – no matter how successful your high school football team may have been.

Despite the challenges and the constant competition, there are a few tasks that aspiring college coaches can do to help themselves and to increase their chances of getting the job of their dreams: all of which will be detailed below for your convenience.

Many high school coaches are stuck in the mindset that since they have put in years of hard work and training – and that is shown by their team winning or losing – that they do not have to put the same amount of effort in when they are trying to become a college coach. However, the sooner a high school coach realizes that they’re going to have to work even harder, and sometimes not even get paid for their work, the more they start to appear that they truly want to advance and become a dedicated football coach.

2) Off-of-the-field jobs can be your friend

While you may want the job as being a full-time coach under the head coach of a college team, sometimes it might serve you well to ask for a job that if off the field. This is mainly because head coaches are more willing to hire prior high school coaches for off the field work due to their prior knowledge of the game, how to interact with the players, and the inner working of plays. Plus, it is easier to work your way up the ladder instead of charging in and demanding a certain job.

It’s okay to have higher aspirations than to teach high school football – do not become one of the coaches that strive to climb the coaching ladder that they begin to neglect their current team and current job title. Especially considering being known as the coach who is only looking for the next best thing makes his character look undesirable. Plus, no college is going to want to hire a coach willing to let his current team down just for a newer and bigger opportunity.

4) Standing out is the best thing to do

Many high school coaches strive to become college team coaches in their future. Which means there’s more competition in the field. So, finding a way to stand out is going to be ne of your best option if you want a high chance to climb the coaching ladder. The best way to do this is to start adding more to your resume. Or, just by getting creative and sending something alongside your resume to get it noticed. An example of this being a basketball coach having his resume laser-etched to a basketball and handing it directly to the head coach office – and this method worked for him.

5) Always be willing to learn

While having years of high school coaching experience under your belt can help your chances of becoming a college coach – the best coaches are the ones who realise and accept that they do not know everything about the sport. College coaching is a new beast, and it takes learning new skills to perfect and master it. Having a passion to learn and a will to be the best coach for the team will ultimately help your journey of becoming a top rated and well-known college coach.